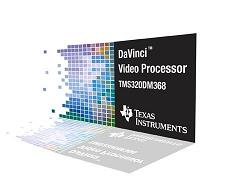 The ARM9-based device comes with a wide range of source code and libraries for Linux, but there was previously no open source RTOS alternative for customers who would prefer to use a more lightweight scheduler. One of the major benefits of using an RTOS on the DM36x SoCs is to significantly reduce the startup time, from power-on to video recording.

The port has been developed on the Leopardboard but there is little board-specific code and it will run with few or no modifications on other boards. The build system generates .bin files which can be loaded and run by the standard factory-installed U-Boot via TFTP, from flash etc. Atomthreads comes with a full automated test suite that exercises all of the core RTOS functionality, and all of the tests successfully pass on the target hardware.

Currently the port does not contain device drivers for most of the peripherals on the SoC: running the scheduler requires only configuration of the interrupt controller and one of the hardware timers. A UART driver is also included for user feedback.

The DM36x port has not yet been rolled into an official Atomthreads release but can be downloaded today from Github.